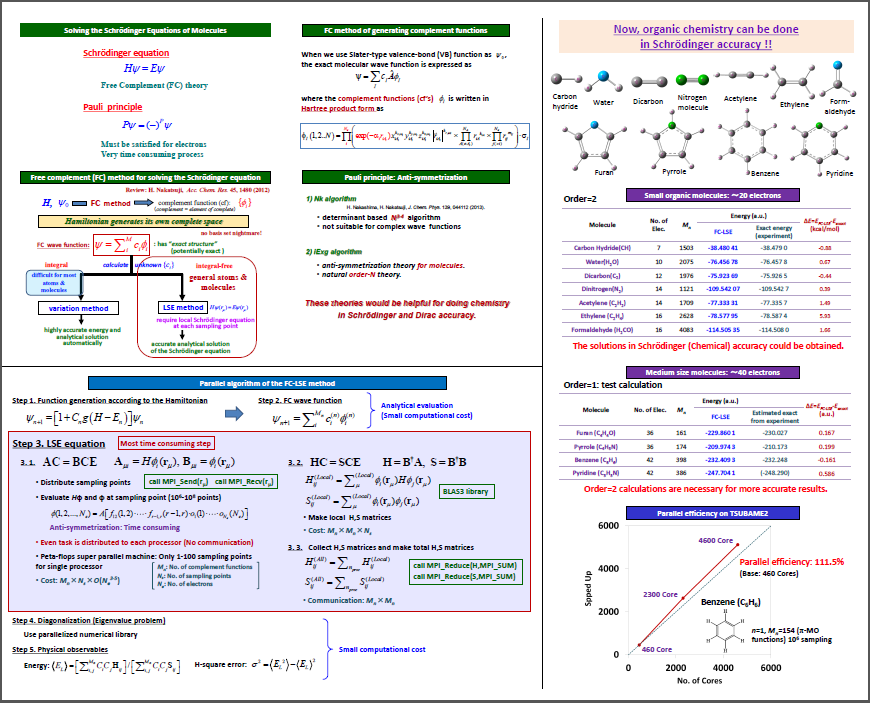 Thus, the FC method is a general method for solving the Schroedinger equation. The Hamiltonian of the system involves all the information of the system and produces the complement functions that span the exact solution of the Schroedinger equation. So, thereafter, all we have to do is to calculate the expansion coefficients with the variation principle or the LSE method.

It is a big challenging subject to develop an efficient methodology of the FC method that is applicable to a wide subject of chemistry and chemical science. This is actively studied in the laboratory of QCRI in Kyoto.

Our project was accepted as the TSUBAME Ground Challenge Program at Tokyo Institute of Technology, and it was presented in SC13(Denver, USA)

Our project of solving the Schrödinger Equations was accepted as the TSUBAME Ground Challenge Program 2013 at Tokyo Institute of Technology, and the results were presented in SC13 at Denver, USA in 17-22, Nov. 2013.